Aerial photography and videography has quite literally taken off over the past 18 months. ?A big part of this movement was the introduction of the DJI Phantom, a low-cost quadcopter that allowed filmmakers to mount a GoPro onto it and shoot amazing photos and videos from new perspectives.

Yesterday DJI introduced a new model that raises the bar again, yet still is affordable for the independent shooter. ?This new model is called the Inspire 1, and comes in at a price point of $2900. ?That’s a lot more than the original Phantom ($799) and some other models DJI has introduced since, but by the time one rigs those up with a camera and all the options that come standard with the Inspire, he or she is at nearly the same cost.

The Inspire 1 is pretty?cool. ?It looks like something out of a science fiction movie. ?In fact, I thought it looked something like a Battle Droid from Star Wars. 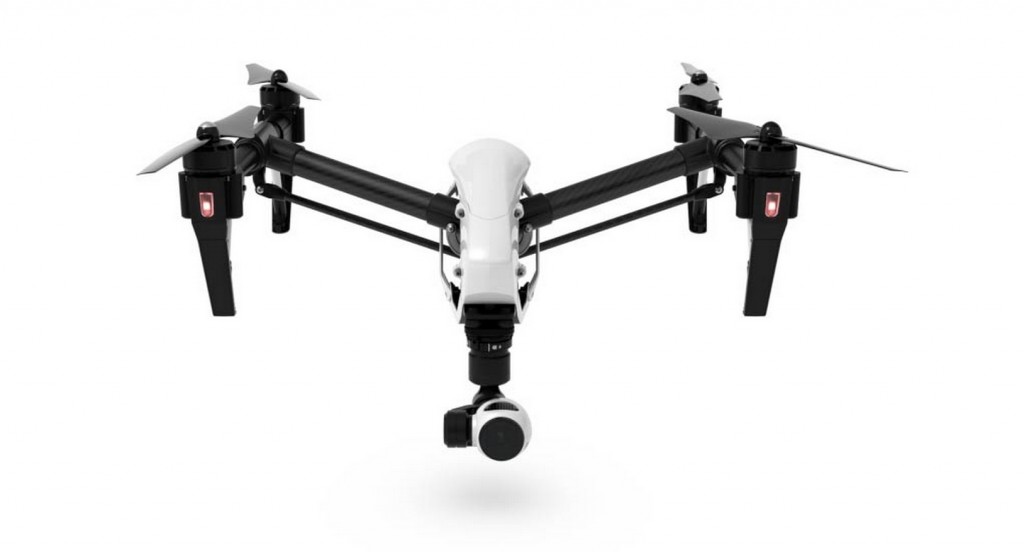 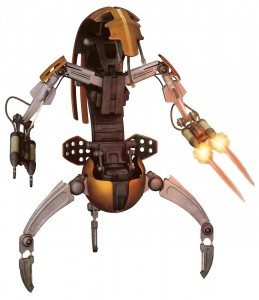 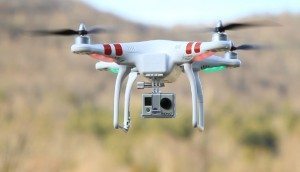 The Phantom Original with a GoPro Mounted

I own the original Phantom, circa March 2013. Ancient technology now. But it helped me learn a lot of the nuances of aerial videography without spending an arm and a leg.

Here is a piece I shot with the Phantom, and note that I did not have a gimbal to stabilize the camera, nor was I flying FPV (first person view via a camera signal to me on the ground), it was all line-of-sight shooting.

There are a number of?things that set the Inspire 1 apart from the original Phantom and other early?consumer quadcopter drones that have popped up over the past few years, and are important features for shooters. ? 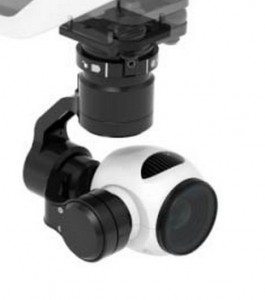 First and foremost is the built-in gimbal-stabilized 4K camera, which delivers crystal clear video and stills at a variety of resolutions and frame rates, and which can be controlled by DJI’s incredibly-intuitive iPad app.

The camera lens offers a fixed 94 degree field of view that is largely distortion free, which eliminates the need to correct fisheye lens distortion in post production (like is usually?necessary with GoPro footage).

4K ultra-portable shooting is not new. ?The new GoPro Hero4 has similar specs, so it remains to be seen how good this camera really is. ?But in general, 4K resolution shooting is a fantastic asset. ?Even if the final production is 1080p HD, shooting at 4K gives you the option to crop in on certain portions of the whole shot without softness, or?scaling down the whole shot from 4K to 1080p also won’t hurt the image quality. ?The only downside I can think of is needing larger memory cards to handle the extra data size of the movie files.

Oh– this camera also takes 12MP stills. ?A great, printable resolution for most purposes, and really great for real estate use. 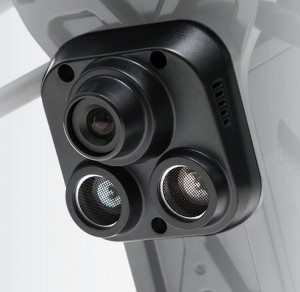 Another great new feature for shooters is the ability to fly indoors safely. ?Previously, it was difficult due to the need for using GPS to stabilize the copter’s position. ?But the new Inspire has a special camera and sensors built in that look down at the ground to know where it is and stabilize itself, even if there is no GPS position data available.

Because of the Inspire’s Transformer-like ability to retract its landing gear once it is airborne,? the camera can travel a full 360 degrees without the landing gear?getting in the?shot. ?That means no matter which way the camera is facing, the camera can get the shot that is needed. 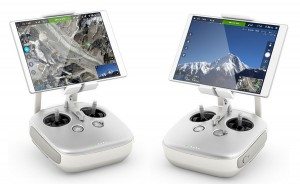 A good way to get that perfect shot without the quad facing the perfect direction is using the Inspire’s new ability to use two controllers. ?One person flies, the other controls the camera and gimbal. ?This really lets the camera operator focus entirely on framing the shot and being smooth, without having to worry about flying into a tree, a house, or other obstacles. ?It’s sort of like operating a camera on a dolly with a crew– you know you are being moved but you don’t have to worry about where you’re going.

Controller Made for Shooting 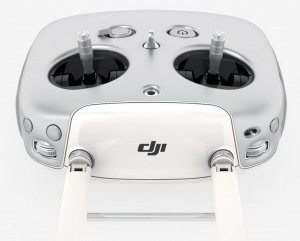 Another great feature of the controllers is that they are really made for the shooter. ?That is, there are built-in buttons for controlling the camera– start and stop record of video or fire the shutter for stills. There is also a dial for control of the shutter so the pilot or camera operator can control exposure remotely.

Believe me, this is SO much easier than the old school way I have to do it now. ?With the Phantom/GoPro setup, I have to manually start the record of the GoPro before I takeoff. ?Then of course, it is recording the whole time I’m in the air until I land, walk over to the rig and hit the stop record button. ?That means a lot of wasted footage just getting to and from the real shot I want. ?Granted, the newer Phantoms have some ability to start and stop record remotely, but still, a great feature, and especially great because it is within easy ergonomical reach of the pilot.

Battery technology is behind the success of these little drones. ?There just isn’t a way to put that much weight into the air with some significant power usage. ?With the early Phantom, that meant a tradeoff of short flight times, which for me are only about 5-8 minutes. ?The new 4500 mAh batteries powering the Inspire 1 provide an impressive 18 minutes of flight. ?That should be more than enough to get to a location, get the shot, and get back. ?The new smart apps used for flight control can even tell you when to turn back based on knowing how far away you are and how much power it will take to get back. ?This will definitely save those pilots who, like me, have been too far out when the battery died and lost control.

Just how does a pilot see what the camera sees? ?Using impressive Lightbridge technology, the electronics built into the Inspire 1 send the output of the camera up to 2KM away to the pilot in 720p HD, where the pilot views it via a smartphone, tablet, or plain video monitor with an HDMI input. ?Being able to get this far away from the device means a fantastic opportunity to get amazing shots of wildlife,?or check on what the cattle are doing on the?ranch. ?This video signal is overlayed with crucial data such as location, altitude, battery power, etc so the pilot always knows what is happening.

This cost for this new technology is only $2900. I suppose with a few spare batteries and a case you’re looking at about $3300 (haven’t seen pricing on the batteries yet). Then you can add a second controller for $650. ?So for less than $4000 a producer or independent videographer now has amazing capabilities to capture what used to easily cost more than $5000 just for one day of shooting from a helicopter (and with far less intrusion and danger). This investment could be easily recouped in a few shoots. ?But take it from experience– it still takes lots and lots of practice to get good, so don’t expect to shoot a feature your first week.

You can learn more about the Inspire 1 at DJI’s website. And below?are a few videos that DJI has put out to provide an overview of the Inspire 1 with some exciting footage. Enjoy!